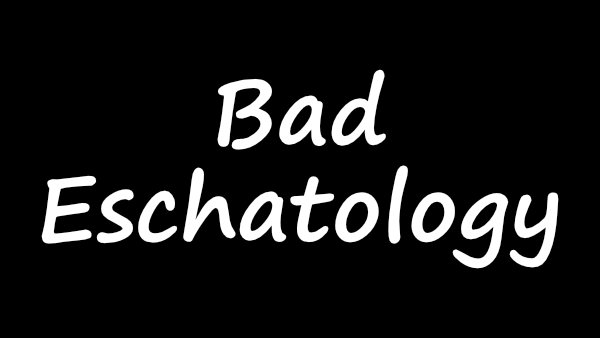 I dedicated much of my life to the Redemption of Israel. During my 15 years in Jerusalem, nothing was more important. It would be miraculous. It would be awesome. I wanted to be a part of that work of God. But then, our Lord dragged me off to Taiwan, and that’s when I began to see something serious:

The suffering and death of five billion people.

My hyper-positive focus on Israel had left me unable to see a vast catastrophe that would crush our civilization and kill billions. And, because of our bad eschatology, we aren’t able to see what’s coming.

Let’s dig in to all that badness.

REMINDER: The Shock Letter is now
Revelation Six on Substack!

At the end of November, I moved all Shock Letter
subscribers to the Revelation Six newsletter on Substack.
It has been great for everyone. Seriously.

God was going to redeem the Children of Jacob.

And, I knew that it would happen long before the Antichrist or the Great Tribulation.

That left me with the ability to focus all of my attention on Israel, a tiny land the size of Taiwan.

I fell in love with the people.

I sat at the center of geopolitics.

What an amazing experience.

Unfortunately, I’m a little single-minded. When a little is good, a LOT is better. This habit of spending my life going full-throttle in one direction, meant that God has had to throw up a road-block to get my attention. I’m really that clueless at times – just ask Mrs. Little.

God showed me that there are more things to talk about than the Redemption of Israel, so God blew a whistle and threw me out of the pool. I had something important to do, like doing evangelism in Taipei and going berserk over resource depletion. You undoubtedly understand what evangelism is, and we should all be doing it… but, resource depletion?

Ride Of The Four Horsemen

(At least, the ones that are easy-to-get)

It took me forever to figure out that the Ride of the Four Horsemen of the Apocalypse was primarily about resources, our insane reaction to their decline and the devastation that would follow. That probably sounds strange to you, and 20 years ago I would have agreed. But, now that we are hitting our limits to oil, natural gas, copper, steel, water, rare earths. fertilizer and bunch of other stuff that we cannot live without… we are on a rendezvous with an unimaginable destiny.

I describe some of that, in my five most recent articles:

The Four Horsemen, Part One – The White Horse 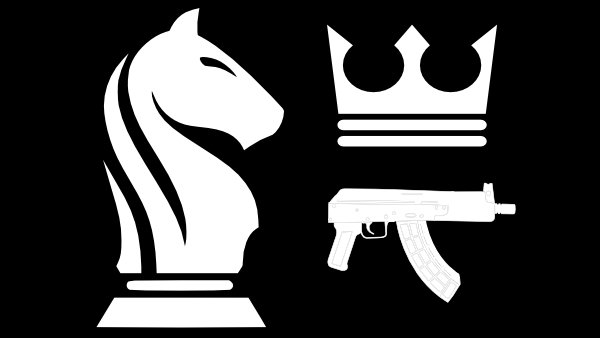 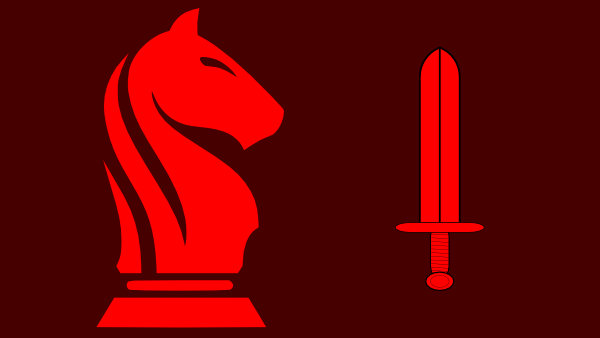 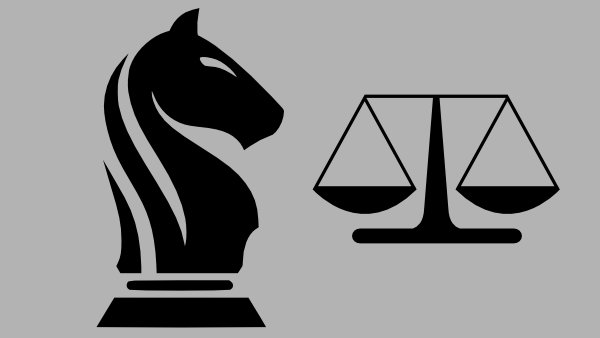 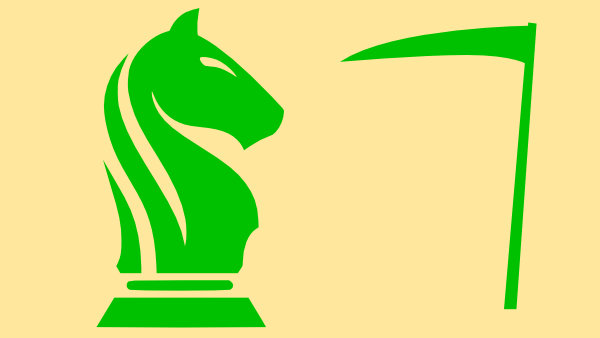 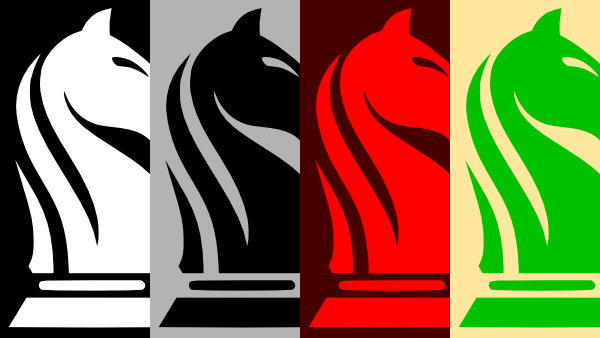 The Different Brands Of Eschatology

Unfortunately, none of us really know how long it will take the Four Horsemen to ride. Worse, I’m not able to talk about it on public forums, because no one understands what’s coming. Except for a handful of people, not a single ‘expert’ on eschatology has any ability to comprehend what I’m talking about. And, it’s bad eschatology that’s getting in the way.

Here are the main culprits:

Preterists think that all that stuff is in the past.

Amillennialists think that we’re in the Millennium, ruling and reigning with Christ.

Dispensationalists think that we have nothing to worry about, since we’re out of here before ANYTHING happens, so let’s eat lunch.

Prewrath Rapturists think that we’ll be going through the time of the Antichrist, but still hold on to everything else that the Dispensationalists believe.

Historical Premillennialists think that we will be going through the Great Tribulation, but don’t have a clue about what the redemption of Israel means – although a few seem to understand a little.

All of those views have their roots in theologians of the distant past, speculating on how the prophecies of the Last Days would play out. And, because these prophecies were sealed until the Last Days, there was no way that they were ever going to get it right.

Even I might be as wrong as these people are. I’ve already had to discard several bad theories of my own, due to my own blindness. And, if I’ve been wrong in the past, there’s a very good chance that I’m wrong now.

The only difference is that I’m attempting to focus on what is visible, and am willing to say that I don’t understand, for those parts that are not. Most theologians and Bible commentators are unable to say the words ‘I don’t know’, and this lack of humility towards Bible prophecy is not cool.

We Were Never Going To Get It Right

I particularly like Charles Spurgeon’s attitude towards eschatology. He only talked about what seemed obvious to him, and refrained from speculating on what could not be seen. He was very wise in this approach, and got criticized for it.

But thou, O Daniel, shut up the words, and seal the book, even to the time of the end: many shall run to and fro, and knowledge shall be increased.

The fierce anger of Jehovah shall not return, until he have executed, and till he have performed the intents of his heart: in the latter days ye shall understand it.

Translation Note: The ASV gets this verse right. The Hebrew word is תתבוננו (teet-bone-noo), and it means ‘you will understand’. It is understandable that other translations use ‘consider’, but it’s not correct.

And, as we look back over the last two thousand years, there’s literally no way that any theologian could have figured out what was happening until the last hundred-plus years. Muslim control of the Middle East seemed impenetrable. No one could understand how the Antichrist could limit the buying and selling of goods and services to only those with his mark. No one could understand how the children of Jacob could be brought back to their land, and then be redeemed.

Unfortunately, our current set of theologians are so engrossed in commentaries from that past, that they are unable to see what’s wrong with their view of the Last Days. Our seminaries are churning out cookie-cutter theologians who can only think along the lines of Darby, Henry and Augustine. Furthermore, they have been warned to tow the line… or else!

This has got to stop. Bad times are coming, and our churches are not prepared to meet the great tragedies that lie before us. I can only hope that the difficulties that have already begun will lead to spiritual revival and an awakening to what the Bible actually says.

Think of what I’m doing here as an attempt to set the record straight – or, at least help point the way to how it can be. I certainly do not have all the answers, and would never claim that I do.

Unfortunately, submitting to the Bible isn’t very fun. It’s much more interesting to make stuff up and build castles in the air. And, I think Paul said it best:

3 For the time will come when they will not endure sound doctrine; but after their own lusts shall they heap to themselves teachers, having itching ears;

4 And they shall turn away their ears from the truth, and shall be turned unto fables.

Getting people to give up their fables is hard. I’ve been watching the rise of fabulists for a long time, and getting people to break out of their brain-washed paradigm is fantastically hard. In fact, such a breakout is so rare, that I have only a tiny hope that people will wake up to what is coming, before it comes.

So, before I jump into an examination of the ideas and errors of our bad eschatology, I will first need to describe the problem that we will all have to overcome – if we are to have any hope in seeing our own mistakes. And, there are a certain set of reactions that I have noticed, when people with bad eschatology are shown how wrong their thinking is.

I will do that in my next post, and I hope that it will help us to see watch our own reactions to any errors that we might hold. We’re all wrong about something. Our challenge will be to prayerfully re-examine what we believe, in the light of scripture, and change what we believe, if we get something wrong.

Lord willing, we will talk about that in my next post.