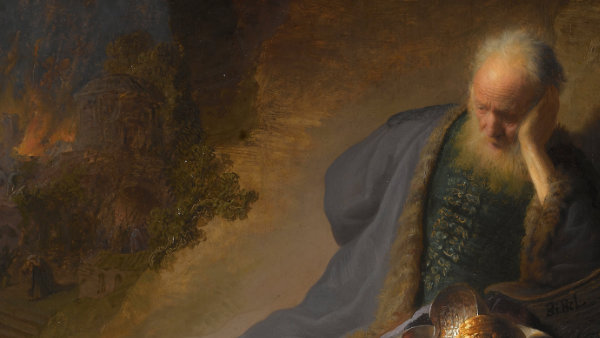 I find it ironic that we stand on the doorstep of a moment in time that is awfully similar to the AD 70 destruction of Jerusalem. Only this time, WE are the ones who will suffer.

Then, I ran into yet another translation issue – this time about the original Greek manuscripts that were the source material for our English translations. I have avoided this issue for too long, so we need to talk about that. And, the translation issue came up because I realized a need to discuss something vital.

The Seven Seals of Revelation

NOTE: All important links and snarky commentary are posted daily in the Omega Shock Twitter Account (usually before 6 am, EST. Mon-Sat.)

Another 70 AD and Another Translation Issue – A Big One

I just added another chapter to my book. It’s called:

The Seven Seals Of Revelation

It’s still in the initial draft stage, and I want to add more to that chapter. This is your chance to offer your own input to what is said. And, some of you have provided some insightful thoughts on the issue of those seven seals. So, I welcome what you have to say.

Corrupting The Source Code Of The Bible

That chapter would be in a far more refined state, were it not for the discovery that there was something wrong with the original Greek manuscripts being used by translators of the English versions of the Bible.

I have been highly critical of Bible translators for their corruption of the Old Testament, and that criticism is richly deserved. But at least, there was no question about the authority and veracity of the original Hebrew manuscripts that the translators were working from.

…and this is more than a little upsetting…

…that’s not true about the Greek New Testament.

When I opened up Revelation 6, to look at the opening of the First Seal, I immediately went to check the Greek to make sure that the wording was right. I’m far less of an expert in Greek, but I know enough to do some basic checking. But, to my shock, the Greek manuscript that I normally use was missing two words from the first verse.

When the Angel says, “Come and see!”, in verse one, the Greek manuscript just said “Come!”

That was unsettling, and I didn’t feel like I could moved forward in my writing until I had figured out what the problem was. In fact, it took days of time, and the reason why I spent all that time is partly due to these two verses:

Those two verses should make ANYONE pause, when an error appears. And, those who corrupted the original manuscripts, are suffering eternally for that, right now. They are – at a minimum – banned forever from the Holy City in Heaven. Forever.

That is a scary thought, so I dove into the issue of which Greek manuscripts are the most accurate…

…and which are not.

The biggest conclusion that I came away with was that we have been infected by intellectuals. And, there are few things that God despises more than ‘intellectuals’ – especially those who trust their intellect, when making claims about the Bible. The word ‘theologian’ is just another term for a reprobate Christian who has turned away from God, and uses his or her intellect to corrupt the Bible.

Our ‘intellect’ is the source of one abomination after another, and now we are suppressing the Holy Spirit, and using our ‘intellect’ instead. Modern day theologians are an abomination, and I am truly disgusted by what I’ve found over the past few days.

As I was reading some of the articles that discussed this issue, not one ‘expert’ mentioned the Holy Spirit. Not one. And, I find that to be very descriptive of the kind of Christians that are involved in translating the Bible.

They do NOT have the Holy Spirit.

Or, if they have it, they are suppressing it.

For two thousand years, the Holy Spirit would have been directly involved in helping Christians keep the right manuscripts and discard the bad ones. That’s why we have so many ‘Greek Majority’ texts that are also referred to as Byzantine. The ones discarded were the Greek manuscripts described as ‘Alexandrian’.

We have evidence that the Vatican has been actively trying to ‘adjust’ the copies of the Greek Manuscripts under their control. To the credit of many those trying to collate and copy these manuscripts, they pushed back against these attempts by the Pope. The problem is that we don’t know who did not ‘push back’. We only have records of resistance to the Pope. We do not – and would not – have records of those who complied with the demands of Rome.

Then, we have a problem with the most venerable of all the Greek manuscripts:

The name alone, should give you pause. It’s Latin, and that’s not a good thing. The Roman Catholic Church has fought to corrupt the Bible from the beginning, to maintain their hold on power. You do not want to see Latin associated with an original manuscript of the Bible.

There’s even a problem with the man responsible for collating and copying the Textus Receptus:

Erasmus was limited to only six Greek manuscripts to work from. They might have been good manuscripts, and they were the best that he could get his hands on at the time. But, that’s a small number to work from. Worse, he was based in western Europe, cut off from the source of where the best manuscripts came from – the Middle East and Central Asia.

The Textus Receptus was the basis for the KJV. And as I have repeatedly made clear, the KJV translators made lots of mistakes, some of them deliberate. I understand why they did what they did. They were Anglican, just a new version of Roman Catholic.

Asking an Anglican to translate the Bible, is asking for a corrupt translation.

You will never get a good translation of the Bible from either an Anglican or a Roman Catholic. Five hundred years of Anglican history and 1500 years of Roman Catholic history are sufficient proof of what I’m talking about.

I do not claim that there are no Christians in Anglican or Roman Catholic churches. That’s not my job. My job is to tell you that those two institutions are foul and evil.

The problem is that our own churches are only a little better. Our pastors come from seminaries, who taught them an ‘intellectual’ Christianity. And, we now have these seminaries hiring teachers who are ‘gay affirming’ professors. And, all of these seminaries have given their support for the corrupted Alexandrian manuscripts – the ones that the Holy Spirit rejected for two thousand years.

Again, there’s a reason why the Alexandrian manuscripts were shoved aside and not given credibility in early Greek speaking churches. There is a Holy Spirit, and he is at work in those who seek to obey God.

The Way Forward – The Majority Text And The NKJV

So, with this horrible situation in mind…

…what is the way forward?

What manuscript source do we use?

Here is my best answer, at the moment:

The Majority Text – by Farstad and Hodges

And, the name Farstad might be familiar to some of you, because he was responsible for:

I am not happy in recommending that translation, because it has errors. But, it is beginning to become clear to me that it is the least corrupt translation that we have. And, I am greatly distressed that we must settle for a ‘least corrupt’ translation.

How is it possible that we allowed ourselves to fall so far?

How could we turn away from God so much?

Our rebellion against God is a true abomination, and I believe that our cup of iniquity is full and almost ready to spill over. And, that means judgment of God, judgment upon our churches and then judgment upon our nations.

What a terrible thing that we have done to the precious words of God. And, the fact that so few of us are horrified by the corruptions in our Bible, is proof that we have fallen very, very far.

Is it any wonder that…

…half our pastors are addicted to pornography?

…our women abort their babies almost as often as non-Christians?

…our men are having sex outside of marriage almost as much as non-Christians?

Read through the Gospels, but replace the words, Jew and Pharisee and Sadducee with, Baptist, Methodist and Pentecostal. Whatever your denomination is, I guarantee that it is horribly corrupt. And your denomination – like mine – would have tried to stone Jesus, just as much as the Pharisees and Sadducees wanted to.

As I was going through my daily reading, I came across this passage a few days ago:

41 Now as He drew near, He saw the city and wept over it, 42 saying, “If you had known, even you, especially in this your day, the things that make for your peace! But now they are hidden from your eyes. 43 For days will come upon you when your enemies will build an embankment around you, surround you and close you in on every side, 44 and level you, and your children within you, to the ground; and they will not leave in you one stone upon another, because you did not know the time of your visitation.”

We are standing at a similar moment in time. We have corrupted our Bible and our understanding of the Bible. We have distorted all mention of the Last Days. We are so ignorant of the warnings that the Bible gave us about the time we live in now, that we have no idea that destruction is in our future.

We have entered a stage that should scare anyone who understands human history: