The amount of evil flowing from the centers of power is almost unimaginable. Washington, London, Berlin, Paris, Ankara, Beijing… they are all engaged the most vile game of power imaginable. The death of hundreds of millions means nothing to them. Their only morality is power, and getting more of it is worth any cost.

Many have already paid the price, and the butcher’s bill is about to get even bigger as America goads Ukraine into war and then throws Israel and the Middle East into the arms of Iran.

The amount of blood on our hands, is beyond comprehension.

With Blood On Our Hands

I am racing as fast as I can to finish my book, When Gog Comes. And, it’s so horrifying to me, that it’s sometimes hard to write. At the same time, I’m having to wrestle with false assumptions that I didn’t know that I had. This is all very troubling. But worst of all, is the utter delusion that almost all Christians suffer from.

The latest addition to my book, addresses one of them:

Why Israel Must Be Saved BEFORE The Great Tribulation
https://whenjacobreturns.com/core-chapters/why-israel-must-be-saved-before-the-great-tribulation/

I am truly amazed that no one dares to address this. Literally no one – at least… no one that I can find. Yet, the Bible is so clear. I understand that part of this was the Will of God. God said to Daniel that the vision of the Last Days was sealed up until the time of the End. So, I understand much of the confusion that you and I struggle with.

But, to never address the Return of Jacob?

To get it so disastrously wrong?

We have known for a long time that our churches were corrupt, and this is yet another manifestation of that spiritual decay. Our pastors and seminaries sold their souls for a fatter paycheck and bigger congregations. And, we let them do it.

A billion people will die when Gog comes.

There can be no denying this. The evidence in the Bible is clear. And, if we do not do our best to warn those who are in harm’s way… well, as God said this to Ezekiel, twice:

…but his blood I will require at your hand.

When Gog and Magog comes, the blood of many will be on our hands, if we do nothing. Unfortunately, for many of us, our hands are already stained with rivers of blood. And, very few seem to be talking about it.

The Coming Massacre In Ukraine

When I saw this woman selected by Joe Biden to be the Under Secretary of State for Political Affairs, I knew that we were in deep trouble:

That woman is the visible face of the evil at the heart of Washington D.C. Her only moral compass is power. The number of soldiers and civilians who die because of the games that she plays, is of complete indifference to her. She is already responsible for the death of many, and ‘many’ will now become a multitude.

She was responsible for the Ukrainian crisis. She wasn’t the only one, but she was the one visibly in charge. She pulled the strings that led to the death of thousands. But now, she will get to kill even more people as war with Russia grinds forward.

The Obama administration is directly responsible – along with Turkey – for the 500 thousand people who died in Syria. He started that war, and supplied it through Turkey. Victoria Nuland was a part of that same administration.

When Chris in Poland shared his own observations of what was happening on the border with Ukraine, I immediately thought of ol’ Victoria. She and her companions in psychopathic evil have been wanting to break up Russia into little pieces. And what better way to do that than to draw Russia into a messy war with Ukraine.

Sure, half a million Ukrainians will die, but that’s nothing to her.

Obama killed half a million Syrians, so this will just be her turn to be deadly.

I wish that I was being hysterical, but I’m not. America has made moves like this for decades. American foreign policy has killed millions upon millions of people, and Victoria is just one more in a long line of killers.

Chris shared that there is talk in Moscow of using nuclear weapons. And, this is no joke. The Russians have a history of being invaded and massacred from the west and the the east. They will not hesitate to use nukes, if their border is threatened. This is an issue of survival for them.

Then, Chris added one more ominous note to his comment:

And, 2-4 weeks from now, the ground in eastern Europe will be dry, no longer restricting the movement of heavy equipment.

We’ll see if Ukraine and Russia can pull back from the brink, but I’m not hopeful. People like Victoria Nuland will do their very best to restart the killing. But, this isn’t the only killing field where the game of power is being played.

The Coming Massacre Of Israelis

You don’t send this guy to Washington, unless there’s serious, serious trouble ahead: 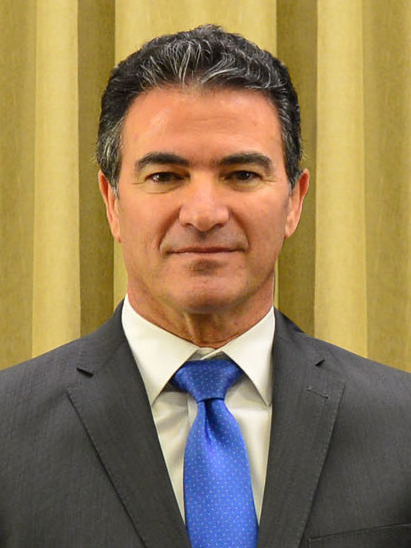 The Biden administration keeps saying that they’ll never let Iran build nuclear weapons. But, Israel would never have sent someone like Yossi Cohen to Washington, if Biden wasn’t intending to give Iran everything that they wanted.

Biden is lying, and Israelis will die.

Again, people like Victoria Nuland want the collapse of the centers of power in the Middle East. They want the producers of oil to be terrified of Iran, and begging the US for help. A strong Israel stands in the way of that, because Israel offers an alternative center of power.

To the Washington fiends from Hell, a broken and weak Israel, is the best kind of Israel there is. In fact, if all the Jews in Israel were massacred, it might even be a bonus.

The blood of every Israeli who dies and every Ukrainian who dies will be on the hands of all who voted for this evil monstrosity living in Washington, D.C. The previous administration pushed back against this strategy, so the Deep State removed him. And, if you think that the Republicans are any better, think again.

The best that you can say about most Republicans is that they are only a little better than the Democrats. What a disgusting, vile, twisted and evil situation that we find ourselves in.

The Coming Massacre Of The Taiwanese

And, when the next flight of Taiwanese jets roars overhead to intercept yet another Chinese air force incursion, you can bet that I’ll be thinking of all the blood that stains the hands of America’s foreign policy. The flight path to and from the air base nearby goes right over my apartment, so I know every time that China threatens Taiwan.

Will Victoria Nuland shed a tear, when China massacres me and 24 million Taiwanese men, women and children?

You can bet that she won’t. The Chinese Communist Party can murder and massacre their way across Asia, as long as it means more power for Washington. It’s the Great Game, and the death of millions is just the price of ‘doing business’.

Why A Billion Must Die

Ultimately, this is why so many will die, When Gog Comes. There is too much blood that stains our hands. We have killed too many people, and too many of us support the killers. There is a price for that, and it will be paid.

19 thoughts on “With Blood On Our Hands”