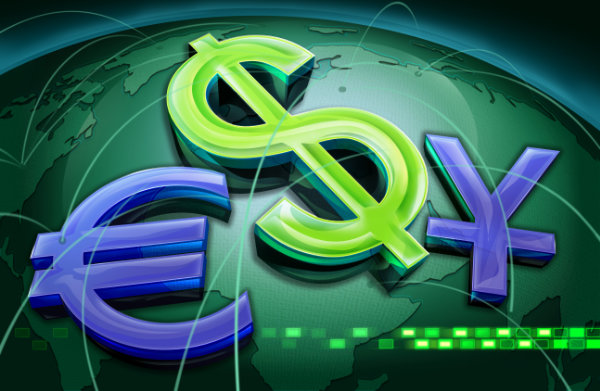 If you take a careful look at all the evils that we suffer right now, you’ll find a love of money at the very heart. Yes, there are other evils mixed in, but the very foundation of these events is greed. And, since power and money are essentially the same thing, to speak of one is to speak of the other.

The Democrats, the Republicans, the BLM movement, George Soros, China, the Catholics, Corrupt Bible Translations, Neo-Nazis, Antifa, Pornography, Gay Rights, and even Baptists like Jerry Falwell… all have the love of money at the root of their evil.

For the Love of Money

For the Love of Money

It probably does not surprise you that my big mouth got me kicked out of high school. I didn’t like being told what to believe, so I pushed back when they tried. They didn’t like it, so they told me to leave and never come back.

It actually was a good thing, since it gave me an excuse to skip the last two years of high school and go straight to college. All of which allows me to claim that I’m a high school drop out with an MBA.

Fortunately, when I went to university, I learned to keep my mouth shut in the classroom. (Yeah, I know. A miracle.) And, if I had a chance to talk to my teenage self all those years ago, I would have told myself to shut up and stop making mountains out of mole hills. (Which I am very good at doing.)

Unfortunately, none of that is why I was kicked out of high school. The reason why they threw me out was because I was a threat to the power and money of the administration. Worse, they used lies and dirty tricks to get me to shut up, before eventually getting rid of me.

Worse, it was a Baptist school.

That’s right. It was a supposedly Christian school that used lies and dirty tricks to try and keep me in line. And, that was my first real experience with corruption in our churches. It was not the last.

All of that explains why I am not surprised by recent revelations of corrupt and horrifying behavior by Jerry Falwell Jr. And, I can tell you that there are so many like him in positions of leadership of Christian churches and organizations, that it would shock you to find out.

I have been a Christian for 47 years. I have attended a lot of churches around the world. All of those churches were corrupt. All of them, except two – and maybe a third. And yes, let me emphasize that.

ALL OF THOSE CHURCHES WERE CORRUPT.

Except two or three.

And, the only reason why those two or three churches were not corrupt – as far as I can tell – was due to their small size. Having said that, I found myself in a couple churches that were both small AND corrupt, so size isn’t the only thing.

However, every church that I have attended that was about 100 members and above, were all – without exception – corrupt in some vital and important way. And, all of their corruption was directly connected to money and power.

Yeah, there were other sins involved. There was arrogance, pride, adultery, pornography, dishonesty, hypocrisy, false teaching, abortion, theft, coercion and everything else except outright murder in the sanctuary. And, all of that was happening while the pastor would stand up every Sunday and give what sounded like a great sermon.

I’ve seen it. I’ve experienced what these people are willing to do. And, I have heard horror stories from others who have had similar experiences. And, for every ‘Jerry Falwell’ who is caught, there are many, many more who are not – whose sins are covered up by loyal ‘elders’ and ‘deacons’.

I have seen so much of it, it’s always a surprise when I don’t find it.

I am equally surprised when I find someone actively fighting it.

If you are a young Christian, or have never been in a position of responsibility in a church, you probably do not know what I am talking about. Unfortunately, it also means that you are probably being poisoned by your church, if it is as corrupt as some of the ones that I have seen.

Remember that half of all pastors have admitted to regularly consuming pornography. And, those are just the ones who admit to it. That makes me wonder about the other half.

Is your pastor a regular consumer of pornography?

And, that’s just one of many corruptions our pastors are involved in. Then there are the elders and treasurers who are engaged in God-knows-what kinds of sin. And yeah, God does know. And, there will be a reckoning one day, and the price will be high for those who have betrayed their responsibilities.

The Bible speaks to this point in Paul’s letter to Timothy:

For the love of money is the root of all evils. Some people in reaching for it have strayed from the faith and stabbed themselves with many pains.

TRANSLATION NOTE: The New English Translation (NET) seems to be the most correct, but they corrupt that verse with their footnotes. Other translations say ‘root of all kinds of evil’, but that is not what the Greek actually says. As I keep saying, we should not insert our interpretation of the Bible, into the Bible.

Just look at how this verse is being played out in front of our eyes. Everywhere. In everything.

Did you know that pornography is the single, biggest reason why your Internet speed is so fast?

Have you wondered why no one in the Obama administration has gone to jail?

Why does China want to crush and destroy Taiwan?

Why do so few know that there was a third building that fell on 9/11, in New York City?

Why have the heroin distribution networks never been uncovered?

Why was JFK assassinated?

How did Hitler rise so fast? So quickly?

Why is there so much sex and violence coming from Hollywood?

Why are there so many Bible translations?

Why does the Roman Catholic Church continue to be so powerful?

Why did Jerry Falwell abuse his power and engage in such awful sin?

When the Antichrist rises and takes control of the world, he will succeed in doing so because of the Love of Money.

10 thoughts on “For the Love of Money”