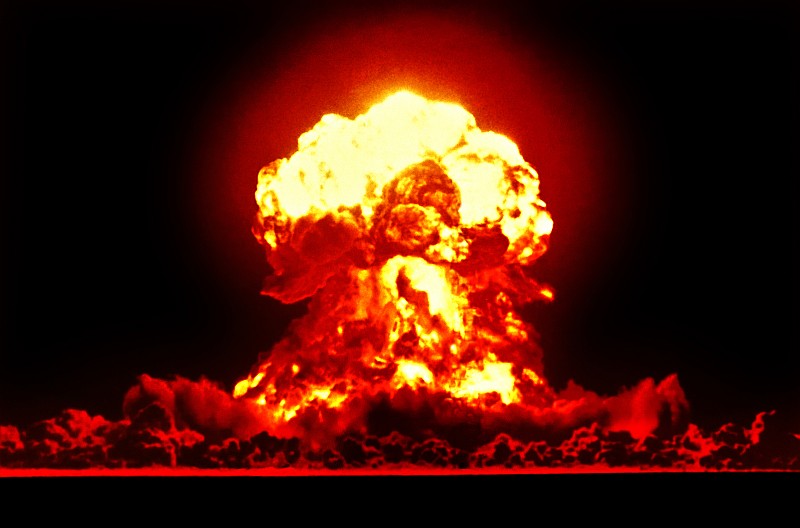 July 4th is a bad time for me to find myself writing, because I think of the good things that once were and are no longer. And, most of you don’t want to read or listen to that. You really just want to celebrate, and I get that. So, I apologize for raining on any parade that you had planned. But, I just can’t help the ache that I feel, for what was lost.

There was good in us. There was bad, too, but we could still celebrate the good. It was certainly easier to find.

I Ache for my Country – The Weekend Shock Letter for July 4th, 2020

Sorry, no video or MP3 this week. I just can’t. But, here’s the video/mp3 that you might have missed last week:

For Our Sins, The Judgment of America

I wasn’t going to write about this, and I certainly don’t want to. But, I can’t help it. It hurts too much.

You see, I was going to lead with this video:

The National Anthem Should Bring Us Together

The beginning of that video brought tears to my eyes. And, the rest of the video was a great and positive message. And then, I planned to go on and talk about other important issues that you must hear. But, my core message got blasted away, when I saw this today: 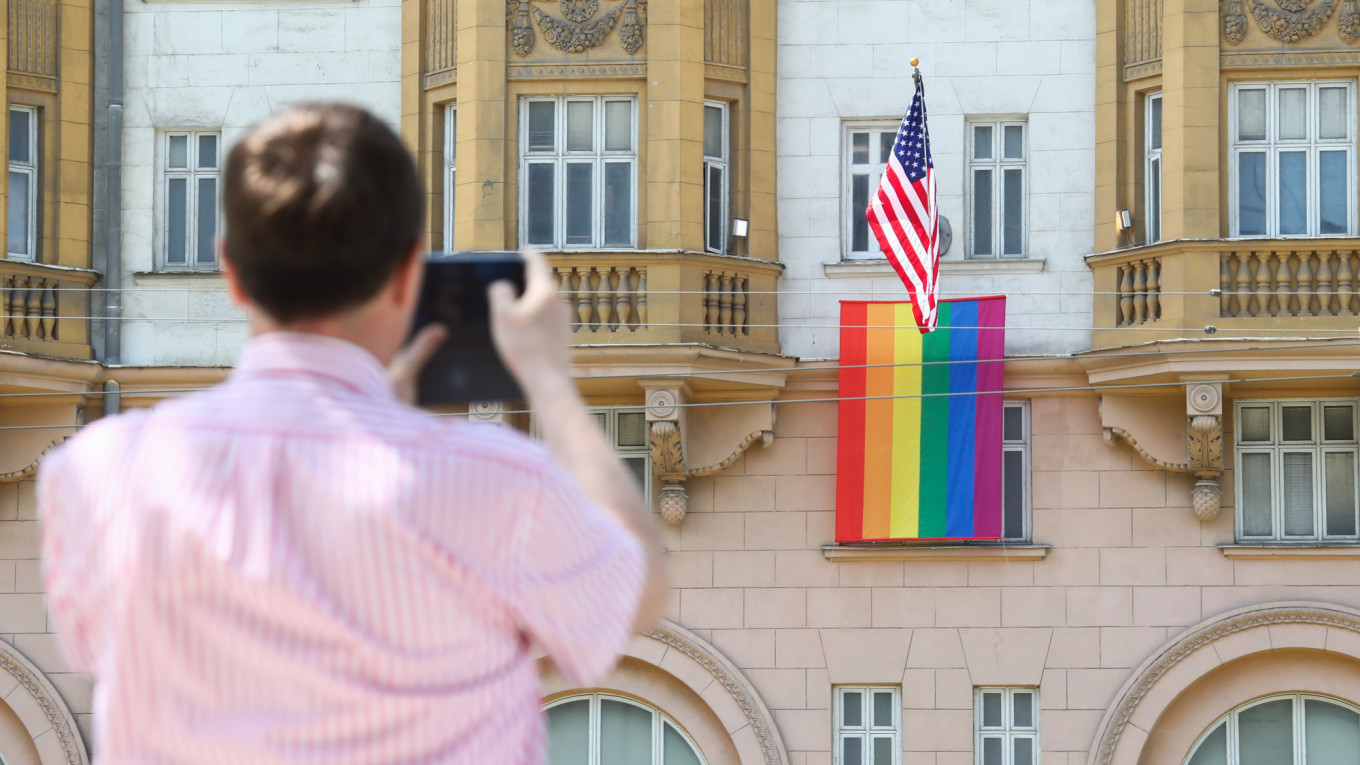 The Gay Pride Flag Outside The US Embassy, Moscow

That is the United States that everyone sees. To the rest of the world, THAT is America. And, that ‘rainbow flag’ is probably still hanging outside of the US Embassy in Moscow. But, I hope not.

For those of you who are American, how does that make you feel?

My family fought and died in every war that America fought. Every. Single. One. And, somewhere in this picture is the first John Little to die for his country: 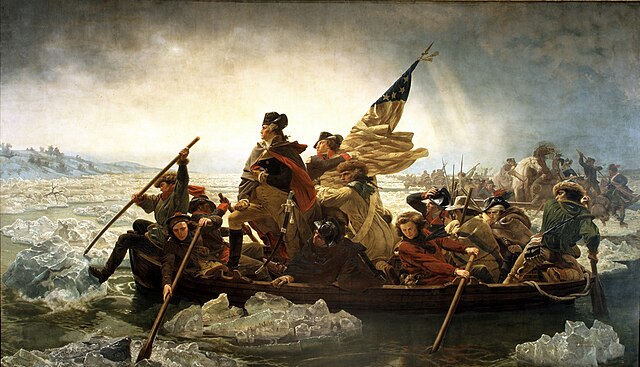 On the night of December 25th, 1776, George Washington and the Continental Army made a surprise and risky move across the Delaware River to attack Hessian forces in Trenton, New Jersey. John Little was a part of that army and survived the first battle on December 26th.

After capturing Trenton, the Continental Army took up defensive positions around Assunpink Creek, preparing for a British counterattack. So, they were ready when Lieutenant General Cornwallis attempted to recapture Trenton on January 2nd. They call it the Battle of the Assunpink Creek, but I prefer the Second Battle of Trenton.

Either way, it was the last battle for John Little, who died for his country on January 2nd, 1777.

Would he have been willing to give his life so generously, if he knew what we would become just 243 years later?

When I left America in 1992, to serve God in Asia, the US still seemed to be that shining light on a hill. Yes, there was rot in the foundations, but it didn’t seem to reach into the core of America. But, when I returned, 14 years later, in 2006, I didn’t recognize my country anymore.

The 1992 snapshot of America that I had carried around in my mind did not fit the reality of 2006. It was an earthquake of the soul that I still suffer aftershocks from, to this day. And now that I’ve added another ten years to my time in Asia, I shudder to think of what I will find, should God drag me back again.

I mourn for my country. I really do. And, it hurts.

IMPORTANT LINKS FROM THE PAST WEEK

These are the most important links that I found this week.

I ran into this article, almost by accident, a few days ago:

“Brace Yourself” – Pastor Dana Coverstone Was Shown What Is Coming In The Months Ahead, And His Video Is Spreading Like Wildfire

Of course, I don’t believe in accidents, and I’m beginning to believe that this was the hand of God. And, I’m specifically talking about two videos that Pastor Coverstone recorded.

Then, just after watching those videos, I saw an email that had just arrived in my inbox. It was from a friend who knew Pastor Dana from years ago, sharing those two videos.

That slice of serendipity doesn’t prove that these dreams are true communications from God. But, I know from personal experience that God does send dreams to warn His people. I believe that I owe my continued existence – or at least my sanity – to such a warning.

So, please watch these, if you haven’t already. I detect complete, humble sincerity in this pastor, so I think that you should pay attention to this.

Last week, I mentioned the trillions of dollars that the CIA and its allies have made in the heroin trade. Well, it appears that there’s even more money sloshing around:

And, on top of that, we have more than $21 trillion missing from the US military. We know that it was spent, but we don’t know who it was spent on. And, no one – except for Mark Skidmore – is talking about this.

Where is this money?

What are they using it for?

If you can do math, you should be able to see the disaster that is barreling down upon us. And, those in the oil industry know that this is coming – at least, when they are willing to admit it. And, make no mistake, this will destroy us.

This represents the collapse of civilization as we know it. There is literally no way that we can avoid it, especially since we’ve done absolutely nothing the prepare for it. We told ourselves that oil would be forever. And, we’re about to find out that it isn’t.

The nations of this world will go to war over this, and it will be terrible.

Chesapeake Files For Bankruptcy, Wiping Out $7 Billion In Debt And Any Existing Equity Value | Zero Hedge

It may take time for the energy shortage to be felt, but it will happen.

I always feel better when I see that someone is awake to what is happening. It means that there is one less person to worry about. And, it looks like General Flynn wants people to wake up, too.

Exclusive from Gen. Flynn: If We Don’t Act, 2% of the People Are About To Control the Other 98%

I’m sure that you are already awake, but your neighbors aren’t. And, it’s time for them to wake up, too.

Unfortunately, waking up to a political peril isn’t enough. Our spiritual peril is far, far greater.

If my people, which are called by my name, shall humble themselves, and pray, and seek my face, and turn from their wicked ways; then will I hear from heaven, and will forgive their sin, and will heal their land.

It is time for Christians to humble themselves, seek God, turn from our wicked ways and ask God to forgive us. If enough of us do that, maybe God will spare us from what is coming.

Judgment is coming, so it’s time to get right with God.

THE ELITES ARE MORONS

One of the most important things for us to remember, as we contemplate our future, is that the elites are morons. They don’t think that they are, and they do their best to get you to believe that they are smart as Solomon. But, they’re really just morons with delusions of grandeur.

So, as you look at what’s coming, remember that the Elites are going to screw this up. They always do.

Get your popcorn ready as the morons-in-charge make the biggest blunders in the history of mankind.