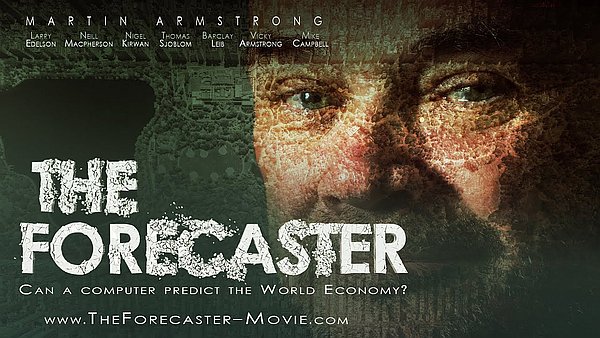 The next Great Depression has begun.

That is the one big conclusion of Martin Armstrong’s latest special report. And, that alone is worth the price of admission. No one else is as accurate as Martin in forecasting future events, so hearing him say that should concentrate the minds of everyone.

I believe that this is the beginning of the end of our current civilization. The next decade will probably see prophecy after prophecy fulfilled and over a billion dead – due to war, famine and disease.

So, let’s look at what Mr. Armstrong has to say.

REVIEW: Coronavirus and the Next Great Depression by Martin Armstrong

REVIEW: Coronavirus and the Next Great Depression by Martin Armstrong

When I was in graduate school, we were taught a lot of interesting theories about how the economy works and how financial markets work. It was all garbage, but I didn’t know it then. And, when I went to work for a small investment house in Jerusalem, those theories brought mixed results.

Oh, and my timing was bad. I got into the field of finance, just before the 1997 Asian Financial Crisis. Everyone talked about the awesome fundamentals in Asian markets, but no one seemed to think too hard about ‘capital flows’. And, when capital flowed out of those markets, a lot of people got hurt.

The one person who did a lot of talking about capital flows, was Martin Armstrong. He understood how the markets worked and wasn’t shy about telling everyone what he knew. The only problem was that financial journalists and professionals didn’t like what he had to say. They were the great high priests of money, and he was preaching heresy. So, they did their best to ignore him. But, there was a teeny, tiny problem.

He was always right.

He talked about cycles, and I had a dim view of cycle theory, because every ‘cycle expert’ eventually ran into an exception that led to catastrophe. I had also been taught the ‘efficient market’ theory, which said that any effective investment strategy would eventually fail under the weight of its own success. So, I was pretty biased against what Armstrong was trying to say, but his success was hard to ignore.

It didn’t take long for me to realize that finance was ruled by irrational fear and voracious greed. And, if you wanted to understand how markets worked, you needed to know a lot about mass psychology. Logic had very little to do with the psychology of markets.

I quickly became disenchanted with the world of finance. There were too many greedy psychopaths, so I switched to writing computer manuals. Some of my best manuals could put you to sleep faster than any drug. They’re that good.

Fast-forward to 2014, and I rediscovered Martin Armstrong. He had thumbed his nose at the powers-that-be one too many times, so they put him in jail. He made the mistake of firing his lawyers and defending himself ‘pro se’. It was a bad move, and he got hammered.

Never, EVER go to court without a lawyer. The American justice system is incredibly corrupt, and Armstrong learned that the hard way. No matter how innocent you are, you cannot win against the system without a good lawyer. Seriously. Never go ‘pro se’. Never.

Okay, now where was I?

By the time that I had rediscovered Martin, he had already gotten back on his feet. He was writing again and doing conferences. He was rebuilding the artificial intelligence system that helped make him successful, and he was making predictions. When he said that we should invest in the stock market, I thought that he was crazy. Yet again, he was right, and I was wrong. Those that listened to him did well. Those that didn’t… didn’t.

The gold bugs hated him, and still do. He understands the real value of gold, and the gold bugs don’t. And, I always know when I’m communicating with a gold bug, when they try to trash Armstrong’s reputation. Good luck with that.

But, enough of that. Let’s take a look at the special report that Martin Armstrong produced. First of all, you can find it here:

It’s $9.95 and worth every penny – especially if you are new to what Martin Armstrong has been saying. For those of us who have known his work for a while, there are still details that you probably missed. And, the conclusion… well, that’s worth a whole lot more than just ten bucks:

The next Great Depression has started, and you aren’t going to like it.

And, if we keep down this road of locking down our countries, this Great Depression will get even worse. Here is what Martin said in a recent blog post:

Anthony Fauci told CNN that effectively Trump is wrong and the whole country should be locked-down which will unquestionably destroy livelihoods and small businesses that will take 11 years to reconstruct from what our models are showing.

By the way, in the years that I have been reading what he writes, I’ve never seen him speak in terms of ‘conspiracy’. Nor have I ever seen him so visibly upset. Normally, he is exceptionally calm, even when forecasting ominous events. But, not now. But, back to the special report…

Because of the pressure to get this report finished quickly, you will see a lot of typos. As a writer, I hate to see that. But, since typos are almost a signature characteristic of Armstrong’s writing, you quickly learn to overlook them because we are far more interested in what he is saying, than in the typographic errors mixed in with how he says it. Seriously, if you can’t get past the typos, you don’t deserve to hear the message that he’s presenting.

What is it that he’s presenting?

Who is making it happen.

And then, the final result.

What You Will See In The Special Report

This special report is only in PDF form and has 159 pages divided into a preface, 23 short chapters and a lot of illustrations. The preface describes the Coronavirus kleptocracy that is attempting to take power in the world. Chapter One describes the inherent flaws in the epidemiology models that are driving this attempt to lock down everything. The models created by people like Neil Ferguson of Imperial College were little more than calculations run on pocket calculators and based on deeply flawed reports.

Chapters Two through Nine give deep background into the flaws in our current economic and financial forecasting systems, and how he got to the point where he could be so accurate in his own forecasts. This is vital material for those who want to know why he is able to predict the seemingly unpredictable.

NOTE: if you want even more background on Martin Armstrong, watch the movie about him, directed by Marcus Vetter and Karin Steinberger:

Chapters Ten through Fourteen analyze the current Coronavirus pandemic, provide historical contrast, describe the deep errors that we are making and the damage that we are causing. And, he goes on to say that we will be seeing another wave of this virus during the next flu season.

Fifteen and Sixteen describe the political coup that lies behind the global lock-down that we are currently seeing. There is a concerted grab for power across the globe, and they are using the hysteria generated by the mainstream media and institutional epidemiologists to make it happen.

The last seven chapters – Seventeen through Twenty Three – describe the Great Depression, the rise of civil unrest, how authoritarianism rises, the cycles of revolution, and ends with the conclusion. These last seven chapters are the most potent and disturbing. They describe the next few months as being pivotal for our current system. Civil unrest, revolution and financial collapse will sweep the globe.

A global population has been terrorized by corrupt government into giving up their freedoms and their livelihoods. In return for the illusion of safety, we have given over our future into the hands of psychopaths. And, the destruction that they have wrought will lead to unimaginable suffering.

Then, to conclude it all, Martin writes in the last paragraph:

This is a political coup. I have probably the best reliable sources than anyone. With time, perhaps this will all be exposed and surface. What will be the political consequences when it does?

For myself, I must agree that this is indeed a coup. It’s the last gasp of international socialism. It’s their last chance to finally create the global system that they’ve always wanted. They will eventually fail, and that failure will launch a titanic cataclysm that will sweep the world.

What is happening now is NOT the coming of the Antichrist, but it will knock everything down and leave so much destruction in its wake, that the world will welcome this man of fierce countenance (Dan 8) when he rises. Those brothers and sisters who survive to reach that moment in time will either be in a place of safety (Rev 12) or will die for our faith (Rev 13). My hope is that you and I take our place, serving God.

These are the Last Days…

…and we were chosen for such a time as this.

20 thoughts on “REVIEW: Coronavirus and the Next Great Depression by Martin Armstrong”