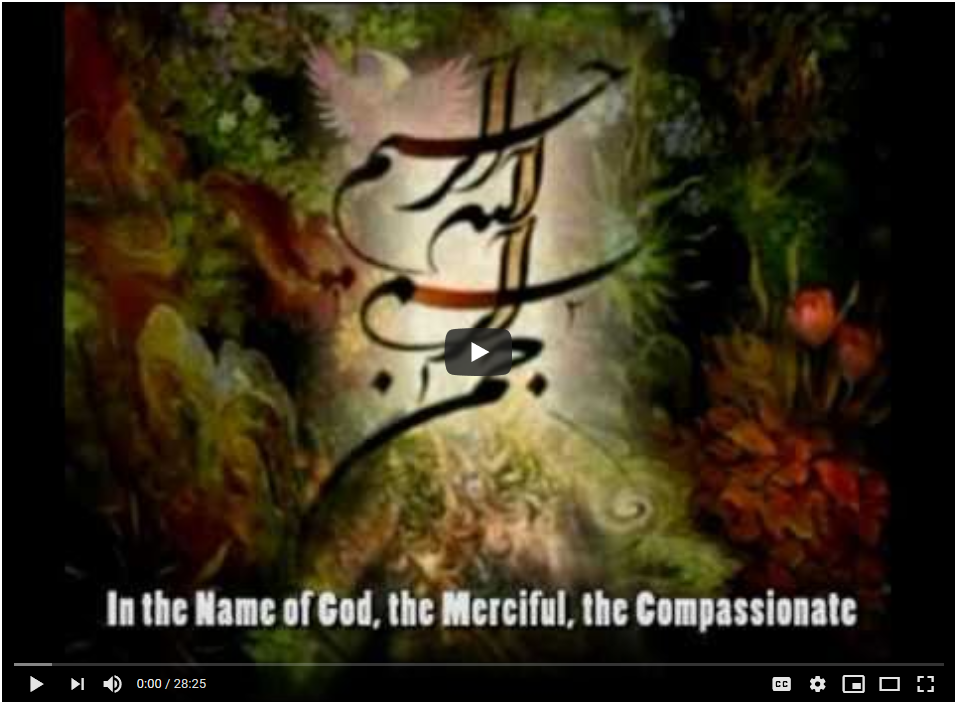 For 99.49% of the196 countries of the world, there is some reasonable expectation of sanity. You can deal with them. Offer incentives. Make trade deals. Even make peace. And, the threat of war actually means something to them. But, there is one country that seems immune to reason:

Most people are mystified by Iran’s seemingly irrational behavior, but they shouldn’t be – since it is fairly easy to understand why they choose to act the way that they do. They actually told us, and we didn’t pay attention. So, over the next few minutes I’m going to show EXACTLY why they are completely insane.

If you want it all even MORE quickly, go here:

Iran is Completely Insane – The ShockCast

I have studied and lived Geopolitics for longer than some of you have been alive. And, Geopolitics is the influence of topography, climate, resources, language, education, culture and religion on the interactions and decisions of people.

You won’t find that exact definition anywhere, because most of the people who make up the dictionaries don’t really know what Geopolitics is. And, because so few people understand Geopolitics, we will continue to have bad foreign policy and stupid wars – in addition to corrupt politicians launching corrupt wars for completely corrupt reasons.

Why They Needed To Bomb Iran Flat

If Barack Obama and Europe had understood the geopolitics of Iran, they would never have even tried to control Iran’s insatiable desire for nuclear weapons. What they would have done instead was bomb Iranian nuclear weapons sites into rubble, and then bomb the rubble, just to make sure.

There is literally no other way to keep Iran for gaining nuclear weapons, and then using them.

Because they are completely insane.

Because Of Shia Islam

Yes, I know that I’m repeating myself, but Iran is so crazy that it bears repeating. And, it has everything to do with their religion. And, we aren’t talking about just Islam, which is crazy enough. No, this is a more insane kind of crazy:

This is SHIA Islam crazy.

The followers of Shia Islam – the Shiites – are upset. And, they’ve been upset for one thousand three hundred and thirty nine years – ever since the battle of Karbala, when Husayn ibn Ali was ambushed and murdered by the soldiers of the Umayyad Caliph. Husayn was the grandson of the false prophet Muhammad, and killing him was a big no-no in the eyes of the Shiites. In fact, it was such a ‘no-no’, that they’ve been cutting themselves in the head and covering themselves in their own blood, every year to commemorate that dastardly deed.

So yeah. Upset. All of them.

But, that isn’t where the insanity begins.

The first crazy-stone in the foundation of Shia insanity was laid when the Eleventh Imam, Hasan ibn Ali, was murdered by the Abbasid Caliph, Al Mu’tamid. That left Hasan’s five year old child to be the 12th Imam. His name was Muhammad ibn al-Hasan, and the next crazy-stone was laid when he disappeared in 872. And no, we don’t know how he disappeared, but this lack of knowledge of HOW he disappeared has given the crazies of Shia Islam enough ammunition to create a huge story of how he’s residing somewhere in secret, waiting for the right moment to return and take over the world.

Yes, that’s right. The 12th Imam is coming back, and will lead the Shiites in a glorious conquest of the world. All that the faithful Shiites need to do is create the right conditions for the 12th Imam to ‘reappear’. And yes, that’s how they call it… The Reappearance.

And, the leadership of Iran?

They believe this with every fiber of their being.

How do I know?

Well, here is a video created by the Iranian government and translated by Reza Kahlili:

The Coming is Upon Us – Translation: Reza Kahlili (Author of “A Time To Betray”) – Atimetobetray.com

That video was created, and then translated, over eight years ago. And, it’s a snapshot of what is going on in the minds of Iran’s Supreme Leader, Ayatollah Sayyid Ali Hosseini Khamenei, right now. Khamenei really believes this, all of it. With a complete and utter devotion and dedication. Everyone else in the Iranian leadership, too. Completely. Utterly.

Every Action By Iran Comes From These Ideas

Iran WILL Use Their Nuclear Weapons To Destroy Us

The Iranians WILL get nuclear weapons. And they WILL use them to destroy the United States, Israel and even Europe

They feel like they MUST do this to bring the Mahdi back to the world. Yes, I know that it sounds insane, and it is insane. But, you and I see this as crazy because we aren’t Twelver Shiites. If you were a true follower of Shia Islam, especially a Twelver, you would think that this was a perfectly natural plan and desire.

To the fanatic Twelvers, the acquisition of nuclear weapons, and then using them on the US, Israel and Europe, is perfectly natural, lucid, rational and coherent. To their twisted minds, nothing could be more normal than the nuclear annihilation of their perceived enemies.

We Americans ignored Hitler’s rise to power, because we thought that he and his henchmen were just way too crazy to be treated seriously. Well, a group of fanatics even crazier than Hitler have arrived, and they are intent on doing far, far more damage to the world than Hitler could have imagined in his wildest dreams. And, we are letting these crazy Twelver Shiites get away with it.

And, just like Hitler, we will eventually pay a heavy price to stop them, because we ignored what they were saying and doing.

If we wait for the Iranians to demonstrate just how crazy they really are, they will confirm their insanity by launching a massive EMP attack upon America, killing up to 90% of the US population. There will be mushroom clouds over Tel Aviv and northern Israel, and the Shiite armies of Iran, Yemen, Iraq and Lebanon will march upon the world.

Are we going to let this happen?

I don’t know. It seems that Trump and Israel are determined to stop this, but it is unclear to me if they will be successful. The following article seems to indicate that Trump understands the threat and is taking steps to deal with it:

Jerusalem Post: U.S. Bombing Of Iran “Will Be Massive But Will Be Limited To A Specific Target”
http://endoftheamericandream.com/archives/jerusalem-post-u-s-bombing-of-iran-will-be-massive-but-will-be-limited-to-a-specific-target

Yes, I know That It Sounds Crazy…

Yes, I know that all of this sounds crazy to you. I get it. But, you aren’t an Iranian and a Twelver Shiite. You don’t believe this insane eschatology, so it’s easy for you to dismiss it as crazy, just like we dismissed Hitler, as he was taking over Germany and then Europe. Now that a worse-than-Hitler has arrived, the question is what we will do about this.

Again, if you want them all more quickly, go here: