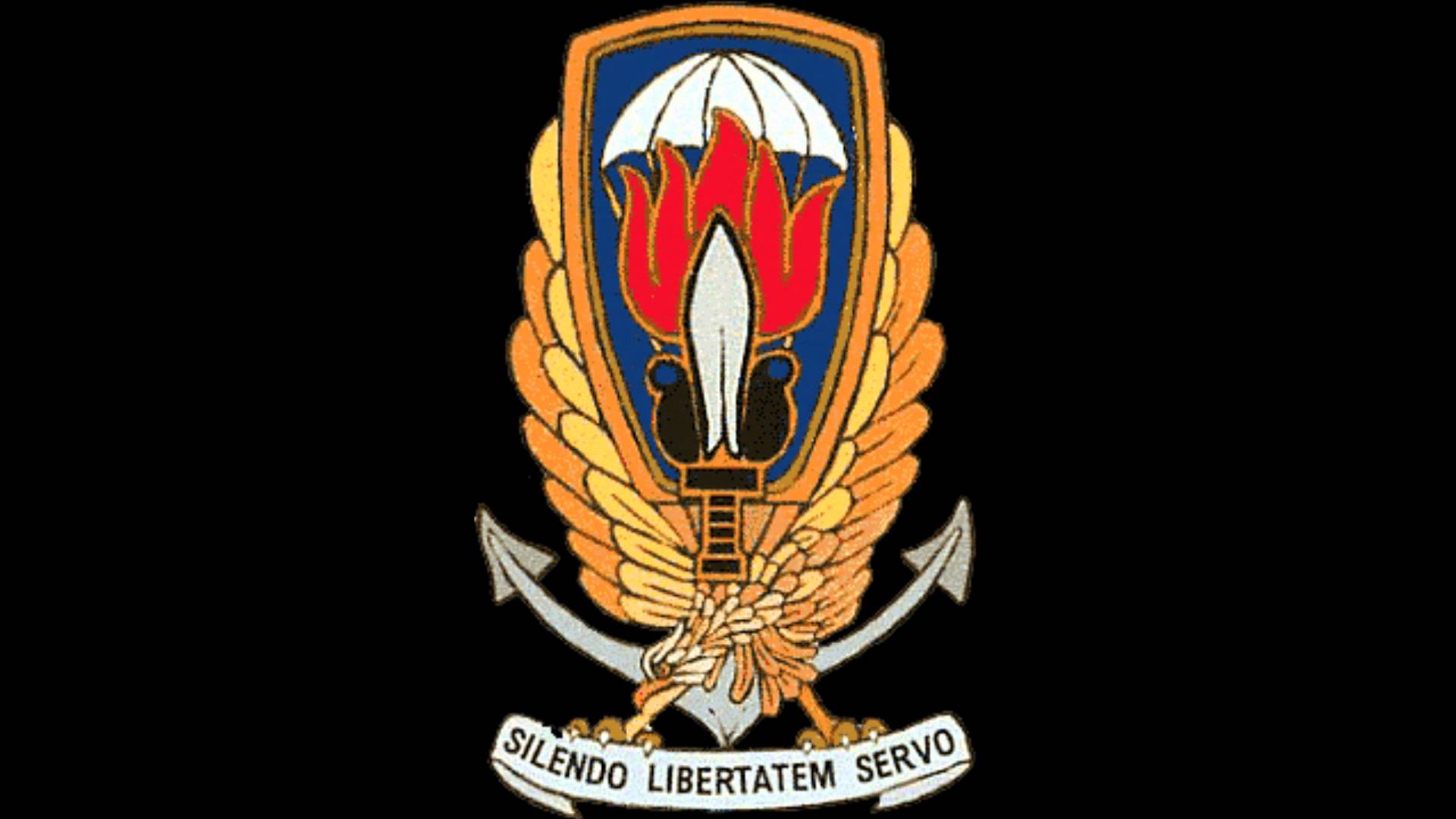 To think that the CIA is directly responsible for the heroin on our streets is shocking to contemplate. But, it’s even more so when you realize just how much money they must have accumulated.

They made trillions of dollars. They had to share a lot of that money around, but they had to have received the largest part of it. Think also of the power that they must wield, because of all that money.

Yesterday, I made the connection between the CIA and the heroin coming out of the Golden Triangle of Southeast Asia. Today, I want to dig deeper into that idea.

The CIA – Evil From The Beginning

It is public knowledge that the CIA was built upon and around a core of German Nazi SS intelligence officers under General Reinhard Gehlen. The CIA was new and desperately needed experienced operatives, and they couldn’t trust a lot of the spies that had been in the Office of Strategic Services (OSS).

Too many OSS officers were sympathetic to ol’ Uncle Joe Stalin and his Soviet Russia. So, the founders of the CIA turned to the Nazi intelligence officers that they brought in via ‘Operation Paperclip’. So, it should be clear to everyone that the CIA was evil from its very beginning. So, when I realized that the CIA raked in trillions of dollars running heroin to Europe and the US, I wasn’t surprised – even though it’s still pretty shocking to think about.

What About The Money?

The question in my mind is this:

What did they do with all that money?

You can bet that they used a lot of it to maintain operations like Gladio. After all, it was one of the reasons why they got into the heroin business in the first place. They also used that money to keep politicians from looking too closely at what they were doing. And, the rumors of dirty tricks are everywhere, if you look hard enough.

And, who did they have to share that money with?

Their very first partners would have been the Mafia. The Mafia had already established a relationship with the OSS and the US military by helping with the invasion of Italy during World War II, as the Allies were trying to defeat the Nazis. So, the Mafia and other organized crime syndicates would have been extremely useful in getting the heroin onto the streets, so that it could be sold.

The CIA shipped the heroin in, and the Mafia sold it.

But, what do you do with the money, once you have it?

If that money doesn’t make its way into the global banking system, it’s worthless. So, they needed someone to help them with all of that. And, we know who that ‘someone’ would have been:

Allen may have been the third director of the CIA, but he was far more important than that. He and his brother – John Foster Dulles – helped found the CIA. And, they also had deep connections to Wall Street. Oh, and Allen had another great connection:

John Foster Dulles had a son, Avery, who became a Jesuit priest – beginning in 1946, before eventually reaching the level of Cardinal in 2001. Avery, himself, was probably not all that influential in his own right. But, Avery might have provided a conduit for communication and influence with the Jesuits of the Roman Catholic Church. And, there are some indications that there WERE Vatican connections to the CIA and Operation Gladio – Vatican BANK connections. And, I suppose that those Vatican connections could have been trusted more than the Wall Street connections.

There are also indications that banks were set up, with the purpose of pumping vast amounts of money through them before letting them fail. The list of these banks is long. BCCI is one of them, for those of you who remember THAT scandal.

Now, put yourself in the place of Allen Dulles. He had just become the director of the CIA in 1953 – after his brother, the newly appointed Secretary of State put him there. He was the first veteran intelligence officer to lead the organization. The previous two directors had been high ranking military officers. And, the CIA had already suffered a string of failures. Also, the CIA was in an adversarial relationship with Congress.

Oh, and consider the distinct probability that Allen Dulles had no conscience whatsoever. He certainly didn’t exhibit any conscience in his efforts to bring in the Nazis, via Operation Paperclip. And, some have indicated that he was probably a psychopath, or highly sociopathic. So, dishonorable and unethical behavior would probably NOT have been a problem for him. He needed a big source of money, and he got it through Civil Air Transport – an aviation company created by Claire Chennault of Flying Tigers fame. Civil Air Transport (CAT) eventually became Air America in 1959, but the name doesn’t matter.

What mattered was that CAT had access to the Golden Triangle. General Li of the KMT forces along the Chinese border had created an air strip, and CAT had already been given the task of supplying the KMT forces with weapons, ammunition and supplies.

So, when did Allen decide to fill all those CIA transport planes with heroin?

Of course, I’m blaming Allen for this. The CIA could have been doing this from the very beginning. Claire Chennault, himself, might have been running drugs. But, I don’t like Allen Dulles very much, so I’m happy to keep blaming him. And, I believe that I have cause to do so.

Anyway, this was the first of many operations that the CIA would engage in over the decades, where they would supply the drug producers with weapons, in return for tons of narcotics. CAT planes took weapons into the Golden Triangle and brought heroin out.

The next question that I have, is whether Allen set things up so that any and all successors to his position as DCI would not know what was happening.

Would he have trusted any future Director of the Central Intelligence Agency (DCI) to actually carry on with this operation?

Was he making money himself in this drug running, through his Wall Street connections?

I suspect that Allen did embed this self-funding drug running operation deep within the CIA, to either hide it from future directors or to make it impossible to eliminate. Intelligence organizations, like the CIA, already employ highly compartmentalized operations, so this would have just been an even more ‘compartmentalized’ operation than most. Whatever did happen, only a very few CIA people would have known that they were running drugs from the Golden Triangle, into the United States and Europe. The other possibility is that the CIA always made sure that any future director could never – or would never – reveal what was really happening.

There is a lot that is hard to know.

Whatever the case, too much money was being made for ANYONE to EVER be allowed to threaten this heroin operation. And, we have far too many  accounts floating around of people knowing too much and winding up dead. And, this drug running operation currently runs far too well, and no one seems to ask about where all the drugs are coming from, and how they get here.

Could it be that people who ask too many questions, meet untimely deaths?

What YOU need to keep in mind is that the heroin operations of the CIA are very efficient, and no one has been able to stop them. They have made trillions upon trillions of dollars and corrupted the US federal government in the process.

It is one of the most vile and evil of America’s sins, and it’s a sin that no one seems to know about. And, I am reminded of this phrase from Revelation 18:

…for thy merchants were the great men of the earth; for by thy sorceries were all nations deceived.

I used to think that this was the Vatican. But, the more that I see that it has been the CIA who has engaged in  φαρμακεια (pharmakeia or sorceries), the more that I wonder about New York City or Washington D.C. – or, even America as a whole.

Is Revelation 18 speaking about the United States?

Or, some part of it?

Remember that no one on planet Earth is a bigger drug runner than the United States – via the CIA and the Wall Street Banks. Also, no one does more pornography. No one corrupts the world with her delicious movies, like the United States does. In fact, the amount of evil coming from this once great and good nation is choking.

Maybe that is why God refers to her as a harlot. The woman who rides The Beast might be called a harlot because she was good before turning towards prostitution. Or, I could be barking up the wrong tree. I’ve done it before.

Just remember, when you hear about someone falling prey to heroin, that it was the CIA that is ultimately responsible. They did it, and one day I hope to see them pay the price for it.